…use to laugh together!

My dear Anna, did I tell you about my “relationship” with God? No? Well… Like all relationships…It’s complicated!

For the last 8 and half months I was giving him the silence treatment!
I became “serious” because I believed I have the right to be. Stupid choice!

I didn’t want to listen his jokes anymore.

The last one wasn’t that great, I didn’t even smiled! Basically I was upset with him and his laughter, cos I didn’t get the joke!
But it’s not him to blame for my leak of humor! It’s me for not seeing the irony and how funny it was!
Today I remember the fun we have in the past and I realized I missed it.
So…
I “called” him and asked to tell me a joke so I can see if I’m laughing again!
He told me I still have a “pending laugh” from the last one. And he reminded me the way he said it and wen.
This time it was hilarious, I laugh so hard that my ayes burst in to tears!
But now I have a joke too, better than his!

The joke is simple:”I don’t care who is winning the game anymore! I love playing it!”

He was laughing and asked me were is that coming from? I reviled that his last joke inspired me! For the first time since we started this “laughing game” he was impressed! Why do I think that? Because he “said” that now he has to look for a better one!
I’m sure it will take him a while! It’s tough to mach the last one, though he will mastermind something…I’m sure of that!

But now I will be ready to take it and laugh my ass of…like I always did!
So bring it on God! You gave me freedom and that’s power, power to choose the way I live this life!

My dear Anna…#happyfeet!
I’m ready to laugh with him again! 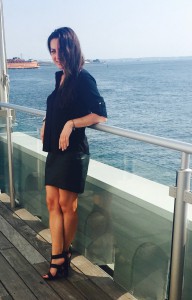 I hope he is too!